It was February of 1974 when a completely unknown young gymnast, Kirk Mango, made a choice that would change the direction of his life and send him on an intense journey of self-discovery and accomplishment. His efforts would culminate in a State Championship, a high school All-American award and a full scholarship to compete in gymnastics at the NCAA Division I level for Northern Illinois University. What was most surprising and unbelievable about this was not only the achievement itself, but the fact that he did it in just one year-something nobody thought possible. For Kirk, it was the starting point of a career that has brought him numerous other awards and honors, first as an athlete, then as a coach and teacher. 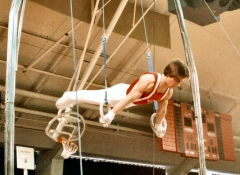 A collegiate Division I National Champion and gold medalist on the still rings in 1979, Kirk had to defeat several Olympians to garner this honor, accomplishing this feat by almost 3 tenths of a point (former 10.0 scoring) above the next placed competitor. He was awarded commendations from the mayor of DeKalb, Illinois and from Northern Illinois University for high achievement and contribution to the City of DeKalb and to the University. The previous year Kirk had won the silver medal on this event in the 1978 Division I National Championships, losing the gold medal by a mere one-tenth of a point. Of particular note is that Kirk was in 17th place after the first preliminary round of competition (compulsory), moving to sixth place after the first optional round, and second place (and the silver medal) after receiving the highest optional score on still rings in the finals. He was selected as a collegiate All-American in both 1978 and 1979 and to the present day still holds the Northern Illinois University school record for the still rings event. Kirk’s accomplishments, along with his many other regional, dual-meet, and invitational championships (including the prestigious Windy City and Midwest Open), gave rise to his nickname, “The Lord of the Rings.”

In 2000, he was selected to the Northern Illinois Athletic Hall of Fame; there, his photograph hangs on the wall with some of the most prestigious athletes ever to attend and compete for Northern Illinois University. His most recent accolades include being chosen in 2009 as No. 8 of the Top 50 Athletes of All Time competing for NIU, induction into Willowbrook High School’s Inaugural Hall of Fame (with professional athlete greats, former Chicago Bears Tom Hicks, Cleveland Browns Matt Roth, former Philadelphia Phillies World Series pitcher Dan Schatzeder, and Milwaukee Brewers Jody Gerut), and induction into Northern Illinois Athletic Hall of Fame for a second time in October of 2010.

Kirk graduated NIU in 1979 with a Bachelor of Science in education and in 1992 received his Master of Administration from Roosevelt University in Chicago. Now retired, he taught high school students for 34 years and coached student-athletes for 17 of those years. 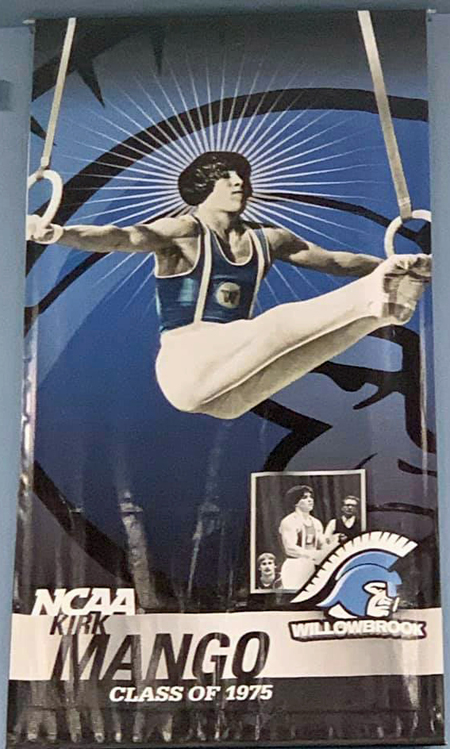 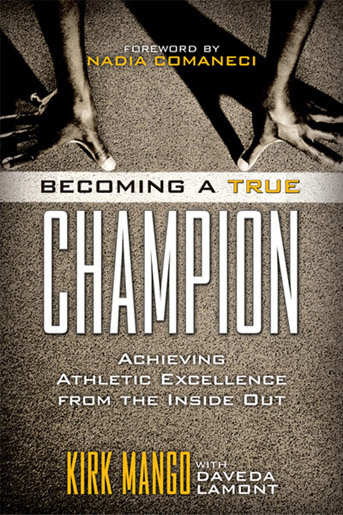 Through relevant examples, inspiring stories, and a personalized approach, this book shows athletes how to avoid the many pitfalls, and overcome the inevitable obstacles, so common in today's sports culture.

Learn About the Book